You can still win a Target gift card!

So far two lucky members of the Girl Scouts of Western New York have won $25 Target gift cards just by renewing their membership for the 2018-19 year! If you haven’t renewed yet, what are you waiting for? We still have two gift cards to give away, plus […]

Talking to Your Children About Violence at School

Today, students at Marjory Stoneman Douglas High School in Parkland, Fla., returned for the new school year almost six months to the day since a shooter opened fire on them. For many, August marks the return to school and a season that’s usually filled with excitement about the […]

The Impact of a Volunteer: The Girl Scout Difference

Girl Scouts makes a difference. That’s the whole point behind our Girl Scout Difference campaign and what we’re so passionate about sharing. We want people to know there’s a reason we remain girl-only; we have the time-tested and research-backed programming that tells us this is the best space […]

We know it’s not technically the new year, but it almost is for us! Our membership year runs October through September, so we’re about to say farewell to 2017-18 and hello to 2018-19. If you’re unsure of whether Girl Scouts is the right option, let us give you […] 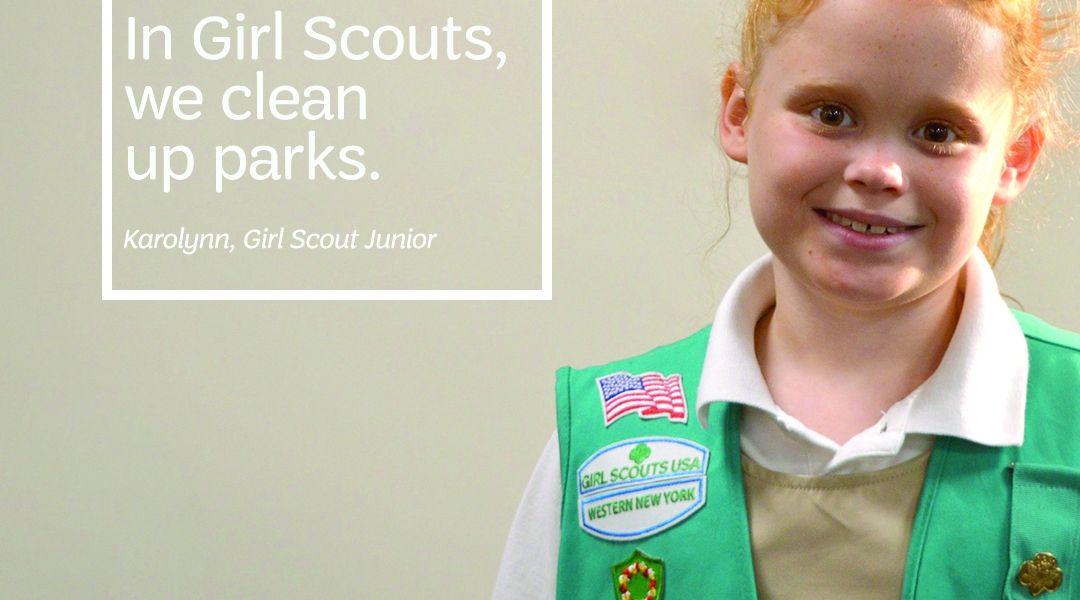 Giving Back: The Girl Scout Difference

As part of our Girl Scout Difference Campaign, we’re going to highlight different benefits each week. Our first focus comes from one of the ways we know Girl Scouts helps girls thrive:  Identify and solve problems in the community.  We’re so proud of the way we see our […] 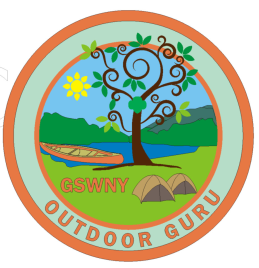 There’s still time to become an Outdoor Guru this summer!

We’re in the last month if the Outdoor Guru Challenge and we’ve loved seeing our Girl Scouts engage in the challenge! If you haven’t earned your patch yet, you still have until August 31! As a reminder, to receive this exclusive outdoor challenge patch, girls must complete a certain number […]

Today is exciting for more than just announcement of the Girl Scout Difference campaign! We are officially kicking off On-Time Registration! But what does that mean for you? The Girl Scout membership year runs from October 1 to September 30. While some renew during the spring season, others […]

Girl Scouts of Western New York just announced their new campaign, The Girl Scout Difference, with the goal of raising the voices of local Girl Scouts and female professionals (alumnae and Women of Distinction) about the difference Girl Scouts makes in the lives of girls, women, and the […]

Girls Scouts of Western New York is excited to announce our new campaign, The Girl Scout Difference. From August 1 to November 30, we’ll be raising the voices of current Girl Scouts and Women of Distinction to help us tell our story. This multi-platform initiative extends from print […] 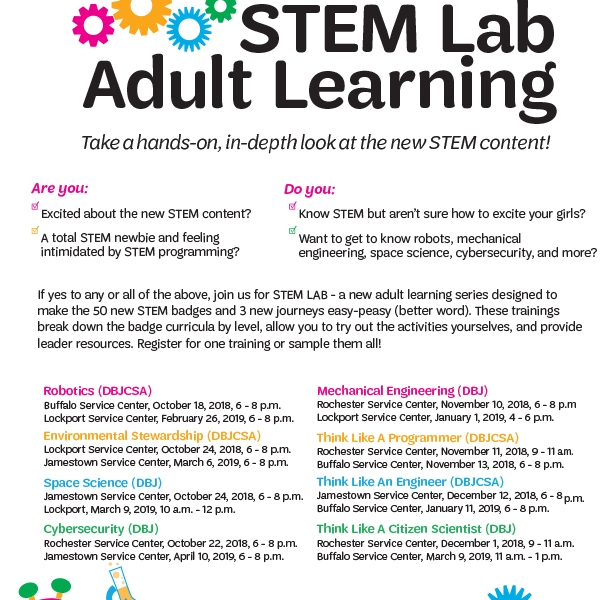 It’s hard to believe that our 2017-2018 membership year is winding down. Then again, it’s hard to believe how fast 2018 is going! As October approaches, we’ve begun to assemble our new programming for next year. While most of our opportunities are for the girls, like trips to […]